Some ideas behind the Baroque music 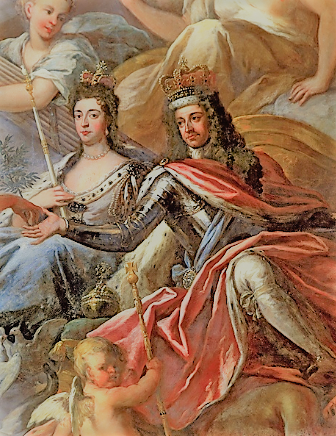 Some ideas behind the Baroque music.

Some ideas behind the Baroque music.

Learning more about the music of XVII CENTURY.

MUSIC FROM THE BAROQUE ERA

Baroque music is considered to be contrasting in its conception.  On one side, we have a musical expression that is measured to perfection as in Bach’s fugues, almost like a mathematical formula, we also have the uplifting Vivaldi Concertos, and on the other side, the expressive sadness of the Baroque Arias such as in Purcell’s Dido and Aeneas, or Handel’s Giulio Cesare in Egypt. All these happened in one single era: the Baroque period. When facing a piece such as a Fugue, a piece from a Suite or an Invention, any piano student and a piano tutor should know the concept that underlies this music in order to understand it on a deeper level and go beyond the piano technique to truly feel this marvellous music as piano tuition in general focuses in the notes and the rhythm, but in order to scratch the surface this article is a fascinating journey through the thoughts and ideas behind this rich time in the arts.

The logical line is drawn from the Renaissance optimism and his concept of human dignity to the spiritual rebirth to a Baroque with a more Aristotelian mentality and how this impacted and influenced aesthetics, that becomes more rational, empirical, realistic, even the door opens to the unpleasant, the ugly and the grotesque to land into the concept of the unfinished, which is revealed in the music through the monody and continuo, two very common technique during this period; all this embodied in the eagerness to measure and analyse every aspect of reality brought out in the bosom of the Baroque mentality the so-called “affection theory”, a kind of “scientific” tool that sought to define and catalogue in an empirical, Aristotelian way, the whole range of emotions and human passions.

Read this full article now by clicking on the link aforementioned. Dive deep into the Baroque era with WKMT London.